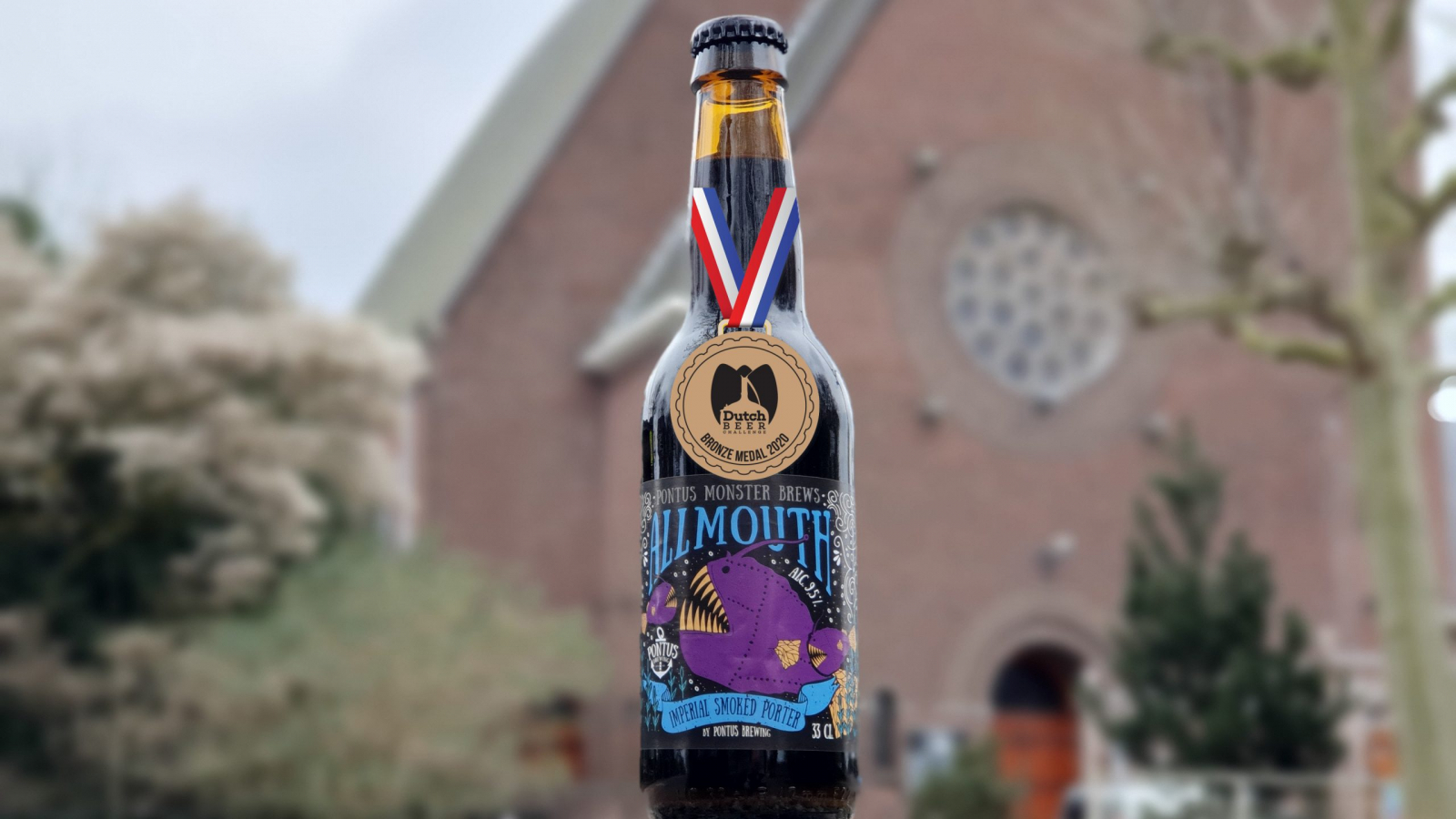 Sharing happy news in the midst of a crisis is always a pleasure. On the 11th of March 2020 independent (international) beer experts and judges tasted hundreds of different beers in an effort to select the absolute best beers our country has to offer during the Dutch Beer Challenge.

The foundation behind this challenge organises this yearly event with the purpose of promoting the Dutch beer culture and offering consumers a clear quality label so they can distinguish the true polished gems in the beer market from the diamonds in the rough.

With a total of 25 subcategories, many different styles were sampled in a blind tasting. Two years back we sent Allmouth as our champion to compete with others at the national stage and this year was no different.

In 2018 the Imperial Smoked Porter performed well with a silver medal in de category innovation/smoke and was later also reward with the title of best beer of Amsterdam in a blind tasting organized by national trade journal Misset Horeca.

We had high hopes that also this year this beast of a beer would succeed in pleasing the judges and we entered again in the category innovation/smoke. Our hope was not in vain. Today, April 2nd, we followed the livestream. To win a medal once is great, but to win twice is absolutely fantastic! This year we managed to win bronze and with this score we again belong to the best of the Netherlands.

We take pride in brewing consistent quality beers and to receive again this sign of appreciation from certified judges shows we are doing well.

We want to congratulate Brewery Kees and Morebeer Brewing with their silver medal collaboration, an Imperial Smoked Stout, and Duits & Lauret with their gold medal for their smoked Dubbelbock.

Next year we will be entering the Dutch Beer Challenge with more beers, yet to be brewed. Expect us to deliver more news of prices won by the same time next year.