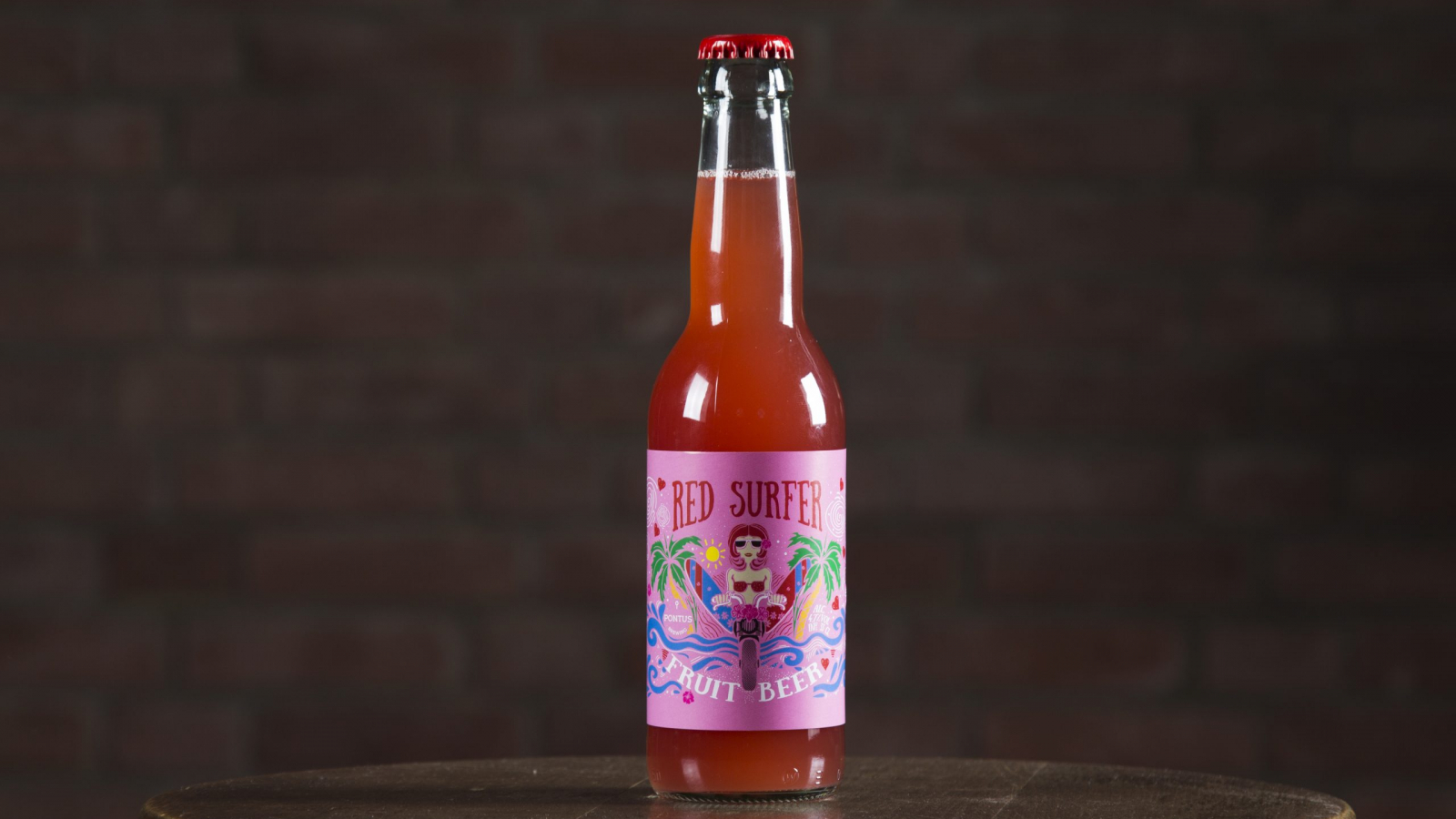 At Pontus Brewing we don’t shy away from making unknown beers and experiment with flavours. We like to dive into history in search of lesser known styles and are keen on trying out new ways to produce beers.

In our everlasting exploration of the world of beer we often find ourselves in a dusty beer store in the Netherlands or somewhere in Europe in search of unknown beers. We regularly go on the internet, hunting for scraps of information about beer styles of times long passed or draw inspiration from obscure fellow brewers. Sometimes, that hunt results in something beautiful like our tasty new Red Surfer, a raspberry fruit beer based on a traditional Gose. I hear you say: “What is a Gose?”

In the last few years this unknow beer style has been going trough somewhat of a revival. It’s a type of beer that uses the concept of sour and saltiness in elegant way. It is a style that, due to the use of special microbes in combination specially selected herbs like coriander and certain malts, is refreshing, floral and slightly tart.

It is a style with an interesting history that started over a 1000 years ago and has it’s roots in the town of Goslar in Germany. The name derives from the river Gose that runs through the town of which the surrounding area was rich in minerals like salt. This salt got mixed with the groundwater that was used for brewing and not surprisingly had a major impact on the character of the beer. The wort made during the brewing was then spontaneously fermented with a mix of yeast and Lactobacillus that descended into the open fermenters and provided the beer with the clean crispy sourness.

With the passing of time the style went into decline but survived in the city of Leipzig where, despite the heavy bombings of WWII and the communist regime that followed the style was kept alive.

A Gose in general is crisp, moderately sour, with a slight hint of salt and spiciness from the coriander in the background. You may expect citrusy flavours such as lemon and bitterness is low and the mouthfeel is dry. Reading about this style we immediately felt like brewing it and we wanted to give it a modern twist so decided to enhance the natural fruitiness of the beer with the addition of raspberries.

Despite the fact that at the brewery we don’t do spontaneous, open fermentation we managed to mimic the results through a more modern process called kettle souring whereby we pitch the wort with the same microbes that normally would enter the beer naturally in an open fermentation vessel. The wort is than soured overnight and then brought to a boil to halt the process. The result is a clean and stable sour wort, ready to be fermented with a yeast of the brewer’s choosing.

Our red surfer turned out great! She looks amazing with her bright red colour and she manages to seduce every beer drinker and what the look promises the smell and taste deliver. The first thing you notice is a wonderful raspberry scent and flavour, complimented with a mild lime like sourness. The small addition of salt has enhanced the flavours and blended them together to form one whole. With her 4,7% ABV she is an easy drink but the tart and raspberry give her a definite bite! Make sure to try her out!